Sheila became interested in the holistic field at a very young age. Showing early signs of many natural holistic abilities, she has learned greatly through her own life experience. She has been practicing in the holistic field for over two decades. In addition to Animal Communication, Reflexology and Reiki, her prolific portfolio also includes: mediumship, energy readings, intuitive business consulting, holistic laser, sound therapy, crystal healing, vibrational essences, colour therapy, chakras balancing, meditation, pendulum healing, dowsing, muscle testing, aura reading, past life regression, indian head massage, Body Talk for animals, B.E.A.M therapy, and tapping.
Sheila firmly believes that we all have the ability to perform these holistic and psychic modalities for ourselves. She believes that we only need to awaken our natural innate abilities that are within us and then to practice them in order to fully comprehend them. For this reason, Sheila has developed and offers many on-going workshops and seminars using her knowledge and years of experience as a guide for others.
Even though she enjoys all modalities she offers, Sheila feels the most gratification helping her animal friends express their needs, wants, feelings and thoughts through animal communication. She considers it an honour to be a communication bridge between pets and their caregivers.
It is Sheila’s hope that she may assist in the growth of others through her knowledge, gifts, and experiences.
Sheila has traveled extensively, teaching and offering animal communication and holistic modalities all over the world. Her travels include many parts of the States , Europe and as far away as South Africa.
Her talents have been showcased in a variety of media including; T.V. radio and newsprint.
She provides her services  by appointment only via distance by zoom, phone or email transcript.
View Testimonials 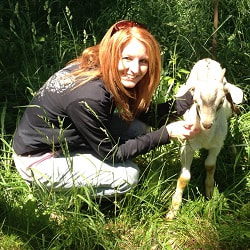 Sheila appeared on "Around The Region" with Jayne Pritchard on CTV Barrie, Ontario, Canada News
April 2018
This spotlight was focused on Sheila's popular in person animal communication workshop where she teaches people to awaken to their natural abilities in understanding how to send and receive messages from animals.

Sheila on Pet Life Radio Podcast about Dealing with the Loss of a Pet.
Follow this link to listen to the interview.
https://www.petliferadio.com/saveapooch_player39.htm

Sheila On Sunshine 89.1 FM Radio
Sheila was showcased on Orillia Sunshine 89FM Radio in October of 2016. She did a reading for Radio host Tony Mann’s rescue dog as a promotion for the Orillia OSPCA Gala.
Sheila was honoured to be the Key Note speaker for the Gala.
Tony was amazed at the accuracy and detail of the information. He was shocked that the reading included over 4 pages of personal information about him and his wife. The Gala turned out to be a huge success. Sheila spoke to a sold out crowd at Casino Rama, Orillia. All funds raised were donated directly to the Orillia OSPCA.

Sheila On Dock RadioIn the fall of 2013 Sheila was invited to appeared on air on 104.1 The Dock Radio Station. The morning co-hosts (Roop, Wix, and Meg) requested that she showcase her animal communication abilities by speaking with their personal pets.
Roop, Wix, and Meg loved it. Every morning for several days they shared the stories of what their pets had to say with their listeners. Meg said, "Thanks so much Sheila. I had no idea that the readings would be so detailed. We are all blown away."

Sheila was interviewed for a series of articles for the online magazine Suite101, now available on Serenity Now Gifts & Services web site:
Interview with Sheila Trecartin on Becoming a Pet Psychic: How does an animal communicator regain her abilities once she has shut them down? Sheila Trecartin explains how in this exclusive interview.

Read about Sheila and her work with animals in the York Region online article called "Spa Treatment for Pets."

The Toronto Sun published an article about Sheila on January 11, 2009. Read the full story, called "Pet Whisperer Lets Every Dog Have Its Say."

Sheila has been highlighted in a feature article in The Toronto Caribbean Newspaper for her intuitive business consulting services. 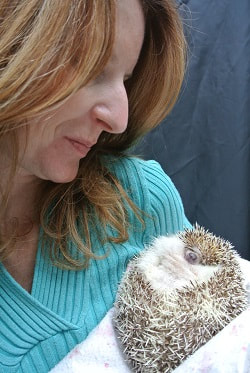 Living the Nightmare
Every mother wants for her children the best that can be offered. We want them to be happy, want them to learn, to grow, to experience, to love, and to be healthy. We imagine our children will have all these things and experience all these things and be healthy…BUT what if that isn't what happens?
Read "Living the Nightmare", by Sheila Trecartin. This story was first published in the book Hearts Linked by Courage, by Sheri Andrunyk, a collection of inspiring stories dealing with courage in the face of adversity.

Dream Sharing with Cats
Cats have always been known for their mystical qualities and luring energetics. They are very intelligent and highly aware beings. Their ability to communicate telepathically (to receive and send information via mind waves/thought patterns) is also astounding. During telepathy cats use thoughts in the form of pictures, words, smells, tastes, and feeling sensations to communicate.
Read "Dream Sharing with Cats" by Sheila Trecartin. If you feel the special bond that cat owners share with their cats and would like to improve it, then this article will teach you how to connect with your cat in order to share dreams with him/her.

An Animal's Perception of Life and Death
Being an animal communicator I am blessed with the ability to get inside animal's minds and to understand truly how they think. You may be surprised to learn that our pets are far more aware of what is happening in their lives than we give them credit for.
Read "An Animal's Perception of Life and Death" by Sheila Trecartin to learn how animals feel about life and death.

Books with Contributions by Sheila Trecartin